SEO Company » New Google Ads Placement: 4 Ads on Top, None on Side

Yesterday, Google issued a worldwide roll-out of a new ad format: 4 paid ads on top of desktop SERPs, instead of the regular 3. In addition, they are removing paid ads on the side. The bottom of the SERPs can feature 3 paid ads. These changes are global and across all languages.

Google has been testing the four ads format for months now, but we should be seeing the changes take a more permanent effect today. We at SEO Inc. have done some testing as well, and things are looking, well… you’ll see.

This is a significant change for PPC, but it’s also a big deal for SEO.

Here’s everything we know about the upcoming changes. 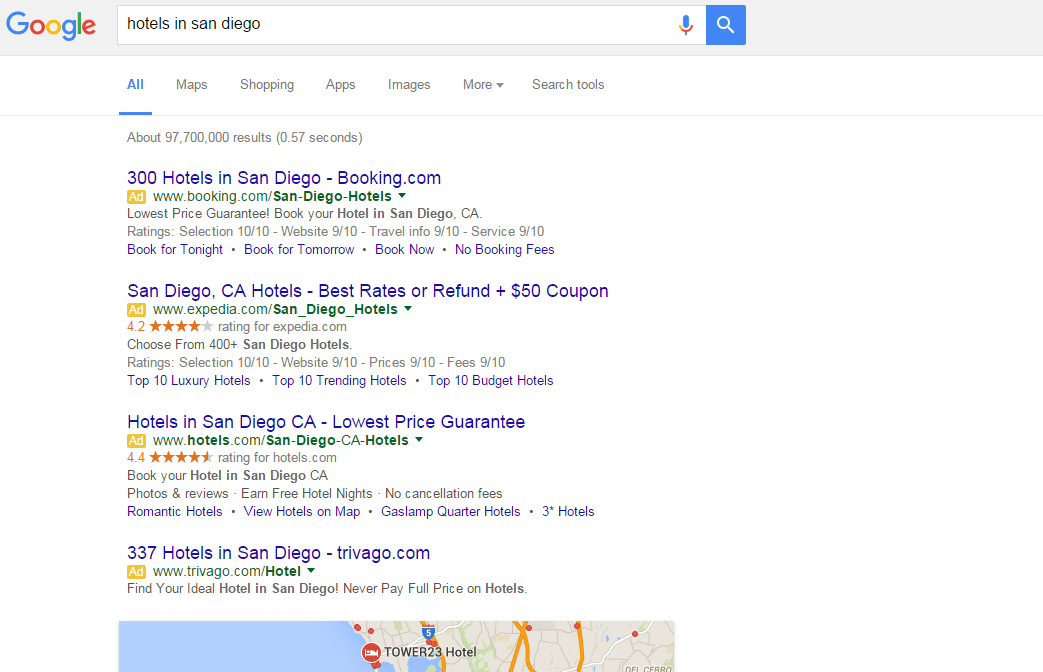 “Is this change for all Google ads?”

Google is reported as saying the changes are for “highly commercial queries.” These are search queries with high value keywords, where users are ready to make a purchase.

We’ve done some queries, both signed in and incognito, and have found that the ads show up inconsistently. For example, this search for “car insurance” still shows a paid search ad on the side: And then here’s one for “used cars”: 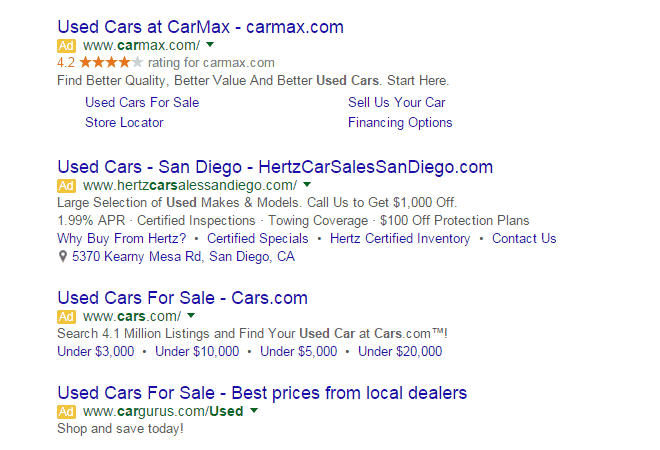 Granted, the roll-out could take longer than expected, but we’re confident Google is making a lasting change here. We don’t know what percentage of ads have been impacted as of this writing, but the buzz around the web shows it’s already affected a large number of queries.

“What’s taking the place of the side ads?”

Product Listing Ads, or PLAs, as well as knowledge graph ads will show more prominently on the sides. 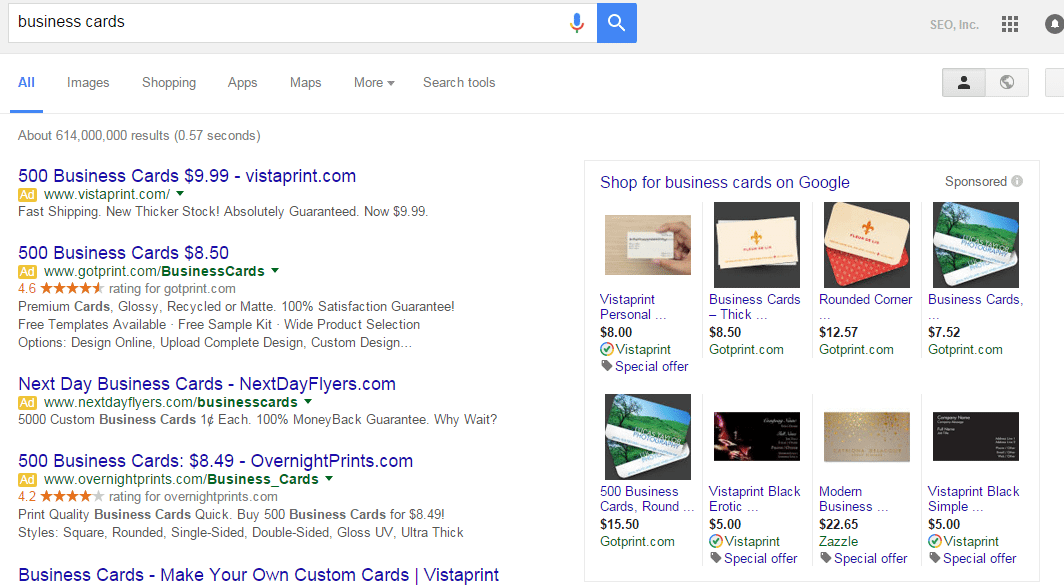 The removal of side paid ads could be part of Google’s effort to make desktop appear more like mobile, which doesn’t contain side ads. But it could also be because the side ads don’t perform well in regards to click-through rate, as a blog post on The Media Image suggests. Whatever the case, the changes are rolling out, and we aren’t likely to see Google go back to the old way.

With four ads instead of three at the top of the page, sites that rank organically are being pushed down the page. An SEO company will have to work that much harder to get clients on the first page. Remember, if you aren’t on the first page of Google, you may as well not exist. Now it will be just that much more of a battle to ensure first page results.

Did your website get bumped from the first page? Don’t settle for second page—click here for help.