Over the past year, Google has decided to switch gears from a mobile-first approach to an AI-first strategy. Though this change may seem odd since Google has focused primarily on mobile-first for close to a decade, it’s clear the adjustment means the company sees great potential for AI and machine learning based technology. And Google isn’t the only company out there talking about machine learning – Apple referred to the concept multiple times in a recent keynote. Do you have issues lately with your web site traffic or search visibility? With our SEO Services, we can help!

As exciting as all this sounds, it can be challenging to understand what the transition means for you and your business. While we don’t know exactly how things are going to pan out, we know one thing for sure – AI is the way of the future, and you’d better do what you can to prepare for it. 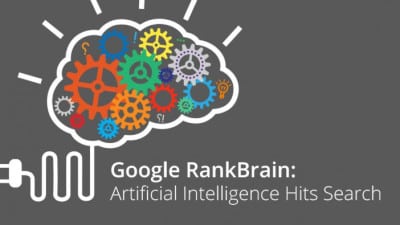 Google CEO Sundar Pichai admitted the change to AI-first was coming when he wrote a post on the official Google blog more than a year ago. He says:

“The last ten years have been about building a world that is mobile-first, turning our phones into remote controls for our lives. But in the next 10 years, we will shift to a world that is AI-first, where computing becomes universally available – be at home, at work, in the car, or on the go – and interacting with all of these surfaces becomes much more natural and intuitive, and above all, more intelligent.”

Right now, public perception of AI is changing. Just 10 or 15 years ago, few people were familiar with the concept of AI and machine learning. Currently, studies show 72% of people understand what AI is, and only 28% of them are uncomfortable with the thought of it – leaving plenty of room for companies like Google to step in and wow the public with innovation. That’s one of the main reasons we’re going to see such explosive growth in the field over the next decade.

A Look at Google’s AI Innovations

Chances are you at least know about Google Assistant, Google’s version of Apple’s Siri, but that’s only the beginning. Google is also working on:

Google Lens: Announced at Google I/O 2017, this is an app that allows people to use their smartphone cameras to take pictures of the world around them and get information. You could take a picture of a storefront, and Lens would provide information about it, such as ratings, reviews, and sales. Smart Lenses are also getting attention from Apple and Facebook, too.

Enhanced Google Assistant: Google Assistant is the technology powering Google Home, and we’re seeing it become more functional, becoming compatible with more apps and services. For instance, it works with the iPhone, can control music, navigation, smart home controls, and conduct conversational searches. We expect it to continue growing and becoming more useful to compete with other companies like Amazon and Apple.

Google Home: How many stores had this device and the Mini version of it, readily available on a Black Friday discount in 2017? More people are beginning to embrace smart speakers – whether it’s Google Home, Amazon Echo, or Apple HomePod. Research shows one in six, or 39 million Americans now own an intelligent speaker device – and are using it more often than devices with screens. (If you’re not already, you should be optimizing your website for voice search, too.)

What the AI-First Approach Means for You and Your Business

The mobile revolution created more work for marketers because there were more web pages and advertisements to design and track. AI, on the other hand, has provided marketers with tools that allow them to focus on building more creative, personalized, and qualitative projects. Using AI-powered solutions, marketers can save hours that used to be dedicated to admin work, allowing them to shift their attention to other areas of the business. As AI can track customer behavior and boost sales, it has a much higher potential for both B2B and B2C sectors.

As we see the AI-first approach continue to grow, there are bound to be numerous applications for it to help improve your business. But, no matter what, you’ve got to be ready to adapt and roll with the punches. Your company may even be able to work alongside Google’s foundational work to develop your ideas using machine learning technology.