Accelerated Mobile Pages are coming this month. AMP will be a key player in providing the web with faster load times, meaning better user experiences for everyone.

Google just had a Hangout that included a 15-minute breakdown all about AMP. They’ve also started sending suggestions through Search Console to hop on board before AMP officially launches.

To prepare you for the wave of accelerated mobile pages on the way, we’ve outlined everything you need to know about AMP. And yes—that includes figuring out if you need it.

It’s time to get AMPed. Get our SEO Services now. 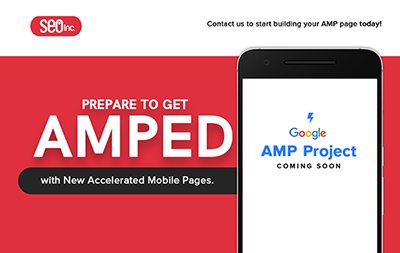 As stated earlier, AMP stands for “accelerated mobile pages.” First announced in October 2015, AMP is an open-source project aimed at loading mobile web pages load more quickly. The project has been supported by Google and will appear on Twitter, Pinterest, Linkedin, and WordPress.

It’s a fact: 50% of users are searching on mobile. Now combine that with how 40% of users abandon a site if it takes longer than 3 seconds to load. “Unsatisfactory?” Yeah, that’s a nice word for it. Google’s end goal is to have users find what they’re looking for each time they perform a search query. And Google doesn’t want anything to get in the way of that goal. So if the very structure of a website is preventing a successful search, Google will support a movement that seeks to solve that.

Google wants the web accessible to everyone. Yes, everyone. But internet access can be costly, especially in some countries. AMP’s faster load times will help make even the slowest internet connections get results.

Ads have a lot of value for websites. They generate revenue for sites like blogs that otherwise don’t sell anything. But the common use of ad blockers and the lack of uniformity in the way ads are presented to users is stifling to these kinds of sites. AMP will offer webmasters a better ad platform to make the web a legitimate business place for all types of sites.

“There’s an app for that.” In fact, there’s an app for just about everything. Google says they want AMP to help make the web a “more compelling place,” To do that, there needs to be a reason for users to choose the web browser over the myriad apps available to them. 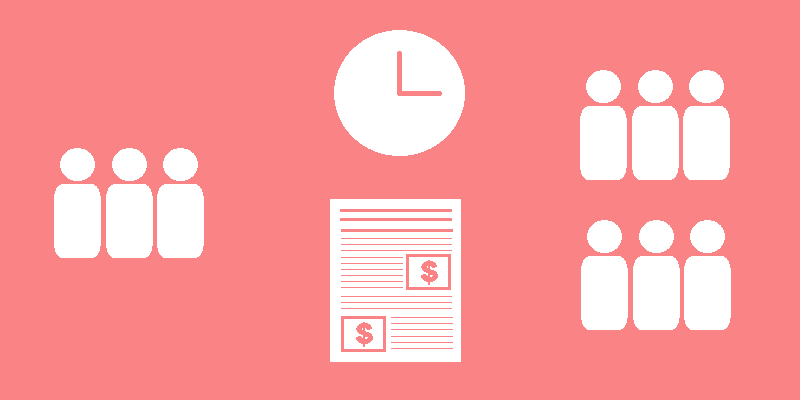 3 Reasons to Get Excited About Accelerated Mobile Pages

It’s fast. AMP will simplify pages by having everyone using essentially the same open-source code. It will use HTML 5, CSS3, and a special type of JavaScript called AMP JS. AMP will also optimize images to the best resolution according to the device being used. Accelerated mobile pages will also be cached in local servers instead of being sent from only a few central servers. You’ll always get a responsive search with AMP.

It’s streamlined. AMP “prioritizes content.” Take a look at AMP in action—the bulk of quality content is delivered nearly instantly. Ads are loaded with lower priority to make sure users get the answers they’re looking for first—not hit with a bunch of ads upon clicking. Try it out on your phone here.

It could make you money. Ads are on just about every website we visit. Although AMP ads will be deprioritized compared to content, these ads will be faster, resizable, and support every device imaginable. These ads won’t detract from the user experience but will instead do what they’re supposed to—offer users targeted products or services. For this alone, it’s worth it for businesses of all sizes to get AMPed.

The AMP Project breaks down the ad possibilities nicely: “the ability to traffic ads with ad servers of your choice, support for multiple demand sources and formats (including native ads), full control over ads placements, and viewability measurement.”

It could provide a ranking boost. Google is backing this project. And they are likely to reward sites that go with it too. All the signs are here to suggest that a slight ranking boost may be coming with AMP. So if you haven’t really found a reason to be excited about AMP yet, here it is.

Prepare to Get AMPed

More resources about the Google AMP project will be rolling out in the days to come. If it’s on target as planned, we should see Google accelerated mobile pages later this month.

For now, this primer should serve as a good starting point for figuring out when—not if—you should get AMPed.