If you’ve spent any time in online marketing or SEO, you know the landscape is continually changing. To keep up with technology, you have to research and learn to stay ahead of the curve. Last year, Google announced the Accelerated Mobile Pages (AMP) project, poised to change the mobile web experience. That was October. Now that we’re almost a year out from that announcement, what is it doing to Search Engine Optimization?

What is AMP or Accelerated Mobile Pages?

Google AMP is a protocol for web designers and developers. It’s an open-source project developed by Google in collaboration with WordPress, Twitter, and LinkedIn. The point of the project is to improve the speed of mobile websites, as Google’s research shows sites lose an average of 40% of visitors if the website fails to load within three seconds. Websites that deploy AMP technology can improve the load speed, and thus the overall mobile experience. 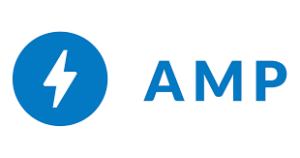 AMP is also thought you be a reaction to Facebook’s Instant Articles initiative, which allows content to load quickly directly within the Facebook app.

AMP is built with a stripped-down version of HTML and JavaScript. It’s limited only to what is required to show information to a mobile user, allowing 10x fewer data to pass compared to a traditional website.

AMP HTML is just a simplified version of regular HTML. You can identify it with a lightning bolt in the code. The majority of AMP HTML tags match traditional HTML tags, though some have been replaced or modified to improve performance.

AMP JavaScript is an optimized JavaScript library, allowing for externals to asynchronously load in that library. No single element can block the view of others. Any slow CSS is disabled, and scripts from third-parties aren’t loaded by default.

Developers can optionally use AMP Cache to allow Google to cache AMPs. The cached versions of AMP websites are delivered through a content delivery network (CDN). Through the use of the AMP Cache, all graphics and JavaScript files are loaded from the same source. Because it also includes a validation system, the page is fully functional without reliance on any external sources.

How Has Google AMP Affected SEO?

Shortly after Google rolled out the first deployment that focused on English-language news publishers, Google said the AMPs weren’t drawn into results, just an improvement on the user experience. They have said AMP is not an official ranking factor, however, because AMPs improve site load time, which is a ranking factor, they have played a role in SEO. What About the Mobile-First Index?

First announced in November 2016, we still haven’t seen it launched. It’s vital to include AMP in the theme of your website before the launch of the index because it’s better than using a responsive website design or separate domain for your mobile site.

AMP documents load 2x faster than standard websites, and just a tenth of the latency of a responsive mobile page.

Still not sure you should make AMP a priority?

Ultimately, it’s too soon to see how the AMP Project will fit into the future of SEO. Unless you’re focused on long-form content, there’s not much benefit for you, but that could quickly change in the coming months and years. There may be a similar system implemented for eCommerce and business websites later. But, the fact remains that page speed and mobile-friendliness is essential for all sites.